Cookie preferences
This website uses cookies, which are necessary for the technical operation of the website and are always set. Other cookies, which increase the comfort when using this website, are used for direct advertising or to facilitate interaction with other websites and social networks, are only set with your consent.
Configuration
Technically required
These cookies are necessary for the basic functions of the shop.
"Allow all cookies" cookie
"Decline all cookies" cookie
CSRF token
Cookie preferences
Currency change
Customer-specific caching
Individual prices
PayPal payments
Selected shop
Session
Comfort functions
These cookies are used to make the shopping experience even more appealing, for example for the recognition of the visitor.
Note
Statistics & Tracking
Affiliate program
Track device being used
Categories
Information
Information 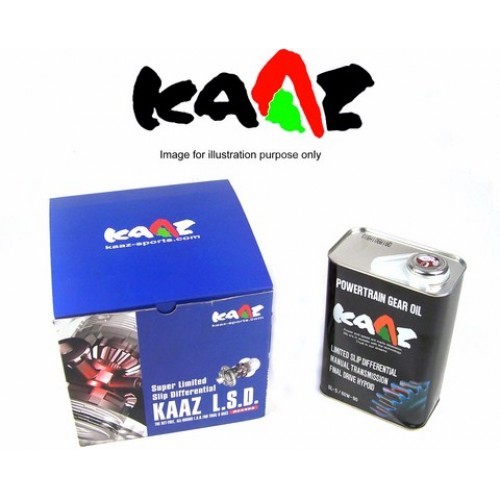 The reliable and highly competitive KAAZ limited slip differential has been proven in professional racing vehicles around the world. Do not settle for less than the industry-leading KAAZ Limited Slip Differential.

We also use KAAZ limited slip differentials in our race cars, which has allowed us to gain experience with the differentials that we can now pass on to you. In addition, we have convinced ourselves so of the product itself and found that the differentials can withstand high loads, such as racing.

A 2-way limited slip differential is the LSD upgrade option, designed primarily for drift vehicles. It's called a 2-way because it works equally well under acceleration and deceleration. It offers differential locking characteristics during acceleration and optimizes the force distribution on the wheels.

Each Kaaz limited slip differential is offered in a SuperQ variant. SuperQ units chatter less and offer smoother engagement, resulting in an improved driving experience. With WPC metal treatment, SuperQ differentials also provide better heat dissipation and longer life without the need for a retraction process. Like all other Kaaz limited-slip differentials, the SuperQ units allow you to set the closing rate.

Most factory differentials are open, which means that the power is sent to the wheel that has the least resistance to the ground. This allows the wheels to rotate at different speeds, for example in a curve. The power transmission is however inefficient. This results in unicycle burnouts at start-up and unintentional wheel spin when accelerating out of the turn.

Some manufacturers equip certain vehicles with viscous differentials. This is a type of limited slip differential which should offer the advantages of an open differential, but without the disadvantages of undesirable wheel spin. This is achieved by a series of plates separated by a viscous fluid, which optimizes the power distribution sent to the wheels. Although this is more favorable for performance than an open unit, a viscous limited slip differential can not know where to direct power until a wheel begins to slip.

For an appointment for installation, please contact us at termin@sps-motorsport.com